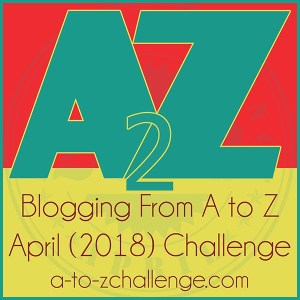 Last April I did the A to Z Challenge right here in Write Through It: On Writing, Editing, and How to Keep Going. You’ll find links to all my A–Z posts under the 2017 A to A Challenge tab at the top of this page.

What’s the challenge? Blog on your chosen theme every day for a month, with the post titles beginning with A, B, C, etc., in sequence. Since there are 30 days in April but only 26 letters in the alphabet, you get Sundays off — except when April 1 falls on a Sunday, as it does this year.

I’m here to tell you that blogging A to Z in one blog was a serious challenge, and one I’m pretty proud to have met, but when I briefly, very briefly, contemplated doing it in two blogs at once, I knew this was nuts.

Instead, I’m going to do the challenge in my other blog, From the Seasonally Occupied Territories, but to combine the theme of that blog (Martha’s Vineyard) with the theme of this one (writing and editing): How living on Martha’s Vineyard has affected my writing. Both my first novel, The Mud of the Place, and the novel in progress, Wolfie, are set on the Vineyard, so I expect to be blogging about them, and maybe about my other big writing project: developing a script for 1854: A Folk Opera, conceived but not completed by the late Jack Schimmelman.

I also plan to blog occasionally about more general stuff, like how the Vineyard both encourages creative work and makes it difficult. Place is a powerful influence on me, and I’m drawn to the work of writers who are strongly influenced by the places they live in and/or write about. So even if you aren’t all that interested in Martha’s Vineyard, you might want to follow From the Seasonally Occupied Territories for the month of April.

Characterization was a stumbling block in two fiction manuscripts I critiqued recently. One was a novelized memoir — a novel closely based on the life of the author’s best friend from childhood. The other, also a novel, took more liberties with “real life,” but the two main characters were stand-ins for the author and her longtime partner. Both authors had a ways to go before their characters came to life for the reader. This blog post offers great tips for making this happen, whether or not your characters are, or are based on, real people. 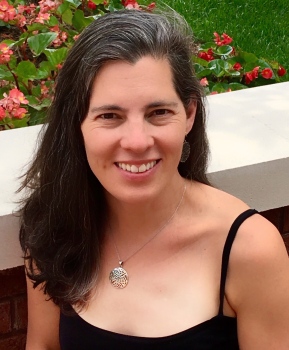 Once upon a time, I read a fantastic graphic memoir by Roz Chast about a daughter and her parents. From the moment one opens Can’t We Talk About Something More Pleasant? the characters of the author’s mother and father jump off the page.  Even on page one, the author is showing us how her parents argued, giving us a sample of her parents’ dialogue and showcasing some of their quirks. These techniques are exactly the kind that hook a reader into a story because if a reader cares about a character, the reader wants to know what’ll happen to the character—and thus will read on.

It doesn’t matter whether the characters are real people: They all require development, just as fictional characters do. But not all memoirists think about this or know how to do this well. I certainly didn’t as I started to write my…

In a recent post to an online editors’ group, one editor noted that she was only halfway through a mystery novel she was critiquing, there were already 30 named characters, and the author had just added 4 more. How many is too many? she asked.

Another editor recalled working on a novel that introduced 30 named characters in the first chapter. 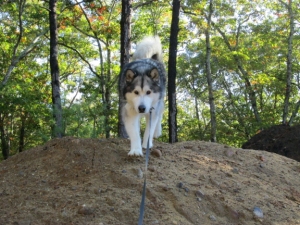 Travvy, on whom Wolfie is based

Hmm, I thought, and went off to count the number of named characters in Wolfie, my novel in progress. Maybe I had too many?

Since midway through the first draft I’ve been keeping a list of characters, mainly so I can keep track of names, siblings, ages, birthdays, anniversary dates, and what they drive. So it wasn’t hard to  come up with a tally of 56 humans and 3 dogs. (One of the latter is currently the title character. He’s safe.)

Is 56 (or 59) too many characters for a novel that in this almost-complete third draft is about 101K words long? Probably 10 or 12 of those named characters are the relatives or friends of more important characters. They’re mentioned in passing or show up in one scene. I would not expect readers to remember their names on a pop quiz.

So how many significant named characters were there? I counted again: 14 or 15. These characters all play important roles in moving the plot and subplots forward. Their choices make a difference. They’re the ones I’ve been getting to know better and better with each draft. When the plot comes to a fork in the road, they’re the ones I turn to to find out what happens next.

Ask me what Wolfie is about and I’ll respond with something like “the rescue of a dog, the rescue of a girl, and how they rescue each other.” From the very beginning I’ve had three characters: the dog (Wolfie), the girl (Glory, who’s in sixth grade), and, since both of them need another rescuer, Shannon (a 50-something woman who lives up the road from Glory).

Shannon is a protagonist in my first novel, The Mud of the Place, so she came with a supporting cast, four of whom play significant roles in Wolfie. My next question was “What do Wolfie and Glory need to be rescued from?”

For Wolfie, this was easy. He’s a malamute. Malamutes generally have a strong prey drive. In this area quite a few people keep livestock and/or free-range fowl. Wolfie needed to be rescued from a home he could escape from with impunity. The scenario I came up with involves nine or ten named characters who disappear off the radar once Shannon reluctantly adopts Wolfie.

Glory’s situation is much more challenging. Shannon senses that something’s not right at Glory’s house, but she doesn’t know what, and Glory (who, along with Shannon, is a point-of-view character) doesn’t have access to some of her own memories. Glory started out with a family: mother, stepfather, and younger half-brother. Who and where was her birth father? I wondered. The answer to this turned out to be very interesting. It also added four named characters to the cast, only one of whom plays a major role.

How to convey Glory’s dilemma when she can’t articulate it and Shannon and others outside the family can’t see it? This has wound up driving the plot and introducing another major character: Amira, the therapist who counsels Glory when she starts seriously acting out in second grade.

It also prompts Shannon to revisit her own past, which was hinted at but never elaborated on in Mud of the Place. As a teenager she fled her alcoholic, often violent family and has had little to do with any of her blood relatives in the decades since. Enter her younger sister, Jackie, now sober and wanting to re-establish contact. Their relatives have names, as do Jackie’s two adult children and ex-husband, but Jackie’s the important one.

Amira and Jackie, both added to serve the plot, have become fully developed characters in their own right. So has Hayden, Glory’s best friend and classmate, with whom she talks frequently at recess, both sitting on the playground swings. Other named characters — town officials, neighborhood farmers, partiers at a retirement celebration — do their bit and then exit into their own (as far as I know) yet unwritten stories.

The big surprise has been Glory’s mother, Felicia. As the story unfolds, Shannon can’t get over how badly she underestimated Felicia. I did too. A bit of advice: Some of your minor or walk-on characters may have more to say than you realize at first. Listen.

P.S. Here’s a good post on managing the character count by editor Marta Tanrikulu, a participant in the discussion I mentioned at the beginning of this post. It specifically addresses fantasy and science fiction, but much of it applies to any kind of fiction, and maybe memoir and other creative nonfiction as well.